Divorce is the legal ending of a marriage. Although a couple may separate and live with other partners the only way that person can marry again is to get divorced. It is not possible to get a divorce if you have been living together without being married. All permanently resident citizens regardless of nationality can apply for a divorce even if they did not marry in Canada. Most divorces in Canada are settled out of court and often there is no need for a divorce lawyer, although Canada Divorce Law states that it is wise to seek counseling and legal advice first. The divorce rate in Canada has remained relatively stable over the last 10 years with official divorce statistics showing that over a third of all marriages will end in divorce before a couple reaches their 30th wedding anniversary.

Everyone has their own private reasons for getting a divorce, however, the breakdown of the marriage is the only legal reason needed to get a divorce in Canada.

The reasons for a divorce do not affect the way custody, access and support to children is decided or the way that property is divided. Only one person needs to file for a divorce to prove that the marriage has broken down. Even if the other spouse does not wish to end the marriage, a divorce will be granted after one year separation. Alternatively, if you are living separate lives under the same roof and have done so for over a year and you can prove that you have not been living as a married couple during this time, this is also a valid reason for a divorce. You may decide to give the marriage another try, but as long as the period spent trying does not amount to more than 90 days (consecutive or separate) you may still count this time as part of the one year separation. 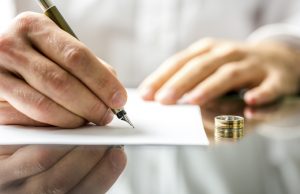 It is possible to get a faster divorce in Canada. Divorces will be granted before the one year period is over if one of the parties involved can prove that the other party committed adultery by having sex with someone else. The petitioner must prove that they lived apart from the adulterer for more than 90 days once they found out. You may also divorce quickly if you can prove mental or physical cruelty. You cannot file for a divorce and site your own adultery or cruelty if your spouse does not want to divorce. In these circumstances you must separate for one year. Quickie divorces involve more emotional trauma and are more costly as they are more likely to be contested. In these cases it is worth consulting the advice of a divorce lawyer. 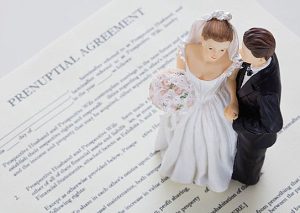 Before you married or during the course of your marriage, you and your partner may have signed a prenuptial contract, which is a marriage agreement about how assets will be divided in the event of a divorce. It may also cover the payment of maintenance. Prenuptial agreements are legally binding in Canada providing both spouses have signed the agreement in front of a witness who is also required to sign the document. Before drawing up and signing a prenuptial agreement it is worth seeking independent legal advice. Many couples use the prenuptial contract to list the property and assets they are bringing into the marriage with values and decisions on who will keep them if there is a divorce.

Whilst Canadian divorce law dictates that all property bought during the term of the marriage should be divided equally (i.e. 50/50) in the event of a divorce, a prenuptial agreement can override this and assets will be divided according to the marriage contract. It is against the law to make decisions about child custody and access in a marriage agreement and it is not possible to force one party out of the main family residence – Canadian divorce law honours each party’s right to live in the family home.